Australia is one of the leaders in the gambling world as players here spend almost $1,000 per capita yearly. It’s widely considered that the local laws prohibit online casinos since 2001 but, actually, things are more complicated. The catch is in the country’s mode of governance, because Australia is a federal region with several states featuring their own local regulations. Hence, gambling is regulated by both common laws and state bills. 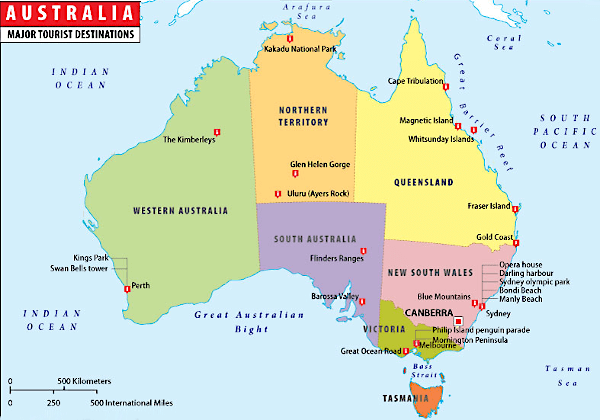 Each state must comply with national laws, but also has local authorities which control gambling. Read on to learn about the differences in state rules and how each local commission works.

Overall, offline and online gambling is regulated by both federal and state institutions. The Commonwealth focuses on global issues like problems of irresponsible gambling, expansion of interactive betting services, and suggestions for territories. Local regulators decide whether to allow or prohibit gambling as it is or certain forms of it, specify which venues can provide these services, and so on.

Further, we want to focus on the laws related to land-based facilities, gambling websites, and taxation.

Basically, all states and territories in Australia have legalized offline forms of gambling. This means, citizens and tourists can freely enjoy various games in casinos anywhere. You can find at least one dedicated facility in each region. Usually, they’re located in capital cities. However, there are more restrictions when it comes to gambling outside licensed casinos.

For instance, it’s prohibited to gamble in non-casino facilities in Western Australia but all other states allow this form of entertainment. Moreover, if you visited New South Wales, Queensland, and Victoria you could see gaming machines in night clubs, but other regions aren’t so friendly.

With online platforms like Aussie online pokies, things are more complicated. In 2001, the IGA was passed and Australia faced new regulations. The Act prohibits both providing and advertising online gambling services to the citizens. As well, it provides for the system of complaints and specifies penalties.

Furthermore, in 2016 the government proposed and accepted the Amendment Bill to close all loopholes. According to this document, all forms of online gambling which aren’t officially allowed are prohibited, ads during live sports events are banned, and offshore casinos have to get licenses to provide their services to Australians. Due to the last point, large operators were forced to leave the market.

However, citizens of Australia can place bets online in national and foreign casinos freely without fear of being penalized. Only operators and advertisers are responsible for these violations. Plus, there are some legal online betting activities for local operators:

First and foremost, money received from winnings isn’t taxed at all. The Commonwealth considers gambling as a hobby or recreation, while individual profits from it are the result of pure luck and not real work.

However, the government imposes various taxes on casino operators. They vary across different states but we can look at the general types:

Now, let’s move to the differences in local laws. Since regulations are pretty complicated because of various legislative documents accepted, we will focus on gaming machines (i.e. pokies) and laws related to them. For extra information, you can explore the list of bills and acts which regulate gambling in specific states. The highest number of papers is in New South Wales while the lowest one is in Tasmania. 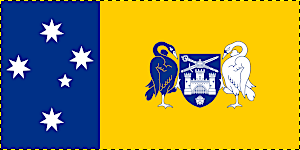 The main department is based in Canberra. It controls all aspects of land-based and web gambling as well as sports betting. The Commission regulates and approves activities, monitors problem gambling rates, provides educational services for citizens, collects taxes and charges, and so on. The core social goals of this agency are focused on protecting consumers, spotting and fighting criminal activity, and enhancing responsible gambling.

Apart from papers related to gaming machines, the authority regulates land-based casinos and bookmakers, racing bets, and lotteries. This region has also adopted the Code of Practice, and the Interactive Gambling Act 1998 with a bit outdated rules related to online casinos. This means, new amendments presented in 2016 aren’t valid here. 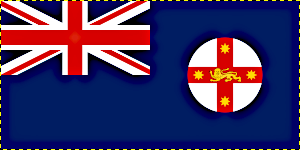 As New South Wales is one of the most significant areas in Australia, it also has a dedicated authority in Sydney. It covers not only gambling but also regulates issues related to the alcohol market. The authority helps entrepreneurs set up a business and receive a license, hire workers, and handle legislative concerns. It also protects customers from irresponsible gambling and provides community support.

The department regulates both gaming and liquor operations and has a lot of related bills passed. For example, you can find the Liquor Act 2007 or the Charitable Fundraising Act 1991. Documents regulate casino operations, racing, lotteries, totalizators, and general betting. 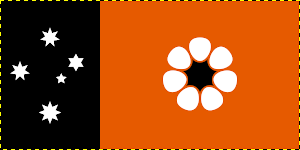 This state doesn’t have a dedicated department or commission because all issues related to gambling and racing are handled by the NT Government with the head office in Darwin. The authority can issue and revoke licenses, regulate casino operations, and educate people. They pay close attention to fighting illegal gambling, as well. You can explore key info on the official website, though.

Mainly, the government relies on the Gaming Control Act 1993 with different amendments to regulate the industry. Plus, there are separate laws for racing and illegal gaming. Northern Territory also has a dedicated office which covers licensing issues regardless of the business’ type. So, both casinos and alcohol-related companies can contact it. 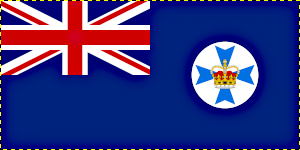 Similarly to New South Wales, the Government of Queensland has a separate department for gambling regulation. Its main office is in Brisbane. The authority focuses not only on licensing and penalizing casinos, but also on gaming-related research, stats, and even community fundraising.

Just like other territories with elaborate gambling policies, Queensland is guided by various acts related to gaming and alcohol. The government has also published separate acts for each casino in the state, a separate bill for Keno, and several lists of gaming rules. 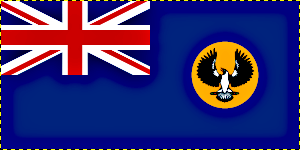 The government of South Australia doesn’t have a local commission but it has a center of Consumer and Business Services with the support office in Adelaide which covers the issues of gambling. The website has a lot of helpful information from casino licensing to promoting responsible gambling. You can find info about opening your own casino, accessing bookmakers’ services, and using lotteries.

Although South Australia has fewer laws than previous territories, this one has recently introduced a few important changes to their regulation policies. Particularly, they have provided a new framework for online punters’ protection, insights on self-exclusion, new Codes of Practice, and overall suggestions on optimizing gaming regulation. 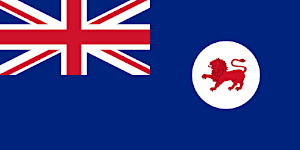 The local authority acts as a part of the financial department. It has offices in Hobart and Launceston. The group is responsible for traditional regulatory activities, licensing, promotions, and elimination of problem gambling. It charges fees and payments, helps to establish responsible gambling venues, and collects industry-specific data to analyze performance.

Although Tasmania has only a few major bills like the Gaming Control Act 1983, it regularly makes new amendments. For example, in 2014, the authority introduced new rules for license applications, renewals, and operation. Plus, the state has a unique act which regulates gambling activities aboard the local vessels called Spirit of Tasmania I and II. 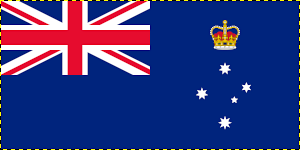 This territory has a separate regulatory body with the head office in Melbourne. On the website, you can find a big knowledge base with info about getting, renewing, and changing licenses, making complaints, and learning about casino operators. There are even dedicated sections for minor games like raffles.

Similarly to Tasmania, this state works according to the global Gaming Control Act which is a bit newer (1991). As for the most recent laws, Victoria passed a 2015 bill which covers changes to the fee policy. 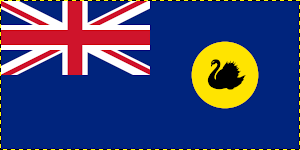 Here’s the last territory with a separate gambling authority based in Perth. The authority has a bit outdated website but you can still find essential info about casino licenses, support centers, and even employment. The department focuses on the social and economic wealth of citizens as well as lawful gambling, racing, and liquor activities.

Again, this is a territory with a few acts approved. It’s very similar to Tasmania as it operates under the Gaming Control Act 1984 and has other papers issued in 1985-1987. Probably, Western Australia has the most stringent regulation in terms of gambling in non-casino venues.

For the final section, we have prepared some historical info related to Australian gambling laws. If you want to learn why the country introduced all these bans and what to do now, sit back and enjoy the recap. The first part is dedicated to online casinos and traditional games like pokies or table games, while the second one focuses on legal gambling such as sports betting or lotteries.

Online casinos first appeared in the early 1990s and were fully legal. The first ever platform that entered the Australian market was The Gaming Club which operates until today. However, in 1999, the officials filed their report to the government recommending to ban all forms of online gambling. The federal authorities decided to impose strict regulations and asked the states to put gambling activities on hold in 2000.

2001 became the game-changing year. The Australian Parliament passed the IGA with clear statements about what’s legal and what’s illegal in the online gambling industry. Three key takeaways from this act are as follows:

Depending on the type of violation and its severity, companies can be penalized and forced to pay $1.1 million per day of illegal activity, while persons face a $220,000 fine per day.

In 2016, the government presented another pack of changes. Minister of Human Services Alan Tudge in cooperation with Prime Minister Malcolm Turnbull created the IGB 2016 with several amendments to the previous official paper. This bill was passed in 2017, so now we can explore its changes:

Plus, the document requires that online bookmakers and other legal platforms which allow online gambling (yes, some forms are still available and we will look at them further) provide self-exclusion options to all gamblers. As a result, a lot of overseas operators like PokerStars and 888 left the Australian online market in 2016-2017.

The main catch in both the IGA and its amendments is that documents don’t prohibit gambling for individuals. Only the provision and promotion of gambling services are illegal, while ordinary people can still gamble online without issues at all. Using VPNs, cryptocurrency, and decentralized platforms, you can easily access a lot of casino games.

Moreover, it is expected that the Australian government will abandon its stance on online gambling in the future. Today, money wagered by Aussies moves to foreign online casinos and, respectively, their governments. Due to the fact that Australia is a leader in gambling spending per capita, local authorities should realize that they can keep these funds inside the country.

It’s interesting that neither the IGA 2001 nor its further amendment prohibits several forms of online betting:

Precisely, betting on horse races was the first officially legalized form of gambling in Australia. With the rise of Internet casinos and bookies, a lot of national operators decided to open online platforms for punters. Most likely, Australian authorities think that betting is a safer activity than playing real-money pokies or table games online.

Further, the legal state of online betting can motivate gambling supporters to come out for online casino legalization. Gamblers can launch their social campaigns by showing that free access to online casinos and other gambling terminals isn’t harmful. Moreover, it can benefit both people and the national government because of the industry’s high popularity.

Playing games in Australian casinos is legal as long as you are doing this offline. When it comes to online platforms, laws become stricter but you can still be assured that the regulatory papers do not impose penalties on the customers. You can enjoy games provided by offshore operators, but to avoid any misinterpretation of law you want to know both federal and local restrictions.